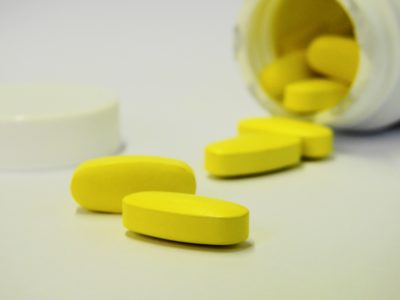 US WorldMeds, LLC (“USWM”), a pharmaceutical company, has agreed to pay out $17.5 million to settle allegations of kickbacks to physicians and Medicare patients under the False Claims Act (“FCA”). The Department of Justice (“DOJ”) alleged that USWM gave certain incentives, or kickbacks, to patients and physicians to improperly induce the sale of prescription drugs, Apokyn and Myobloc. This case came light under the FCA, which allows individuals or private parties to bring suit on behalf of the government and share in the recovery, if any. The whistleblowers in this case were awarded $3,150,000 as part of their recovery.

The lawsuit alleged that when a medicare beneficiary received a prescription drug that was covered under Medicare Part D, and then was required to make a partial payment for that drug, the kickbacks ensued. This partial payment could have been a copayment, coinsurance, or deductible and were seen as a form of remuneration that were offered to induce Medicare patients to purchase a certain pharmaceutical company’s drugs, exactly what USWM did.

According to the DOJ, when Apokyn increased its price, which cost some patients around $5,000 more a year, it ultimately increased the copay the patient had to pay. When this happened, USWM would illegally pay the Medicare patients’ copays through a third party foundation, Parkinson’s Disease. However, USWM was the only donor to the foundation so all those donations to the foundation were spent on patients buying Apokyn. These payments to the foundation and the copay’s paid by HMA amounted to illegal inducements and incentives to patients under the FCA and Anti-kickback statute.

Additionally, the DOJ alleged that physicians were paid excessively to induce prescription sales of the two drugs. Specifically, the physicians were paid speaking and consulting fees, as well as expensive entertainment costs like meals, private plane rides, and all-expense paid trips with spouses. These were seen as alleged kickbacks and therefore constituted a form of remuneration.

When USWM paid the physicians and patients for kickbacks to improperly induce certain sales of drugs, the costs of healthcare naturally are driven up. The healthcare system is effectively undermined, medical decisions are overlooked, and tax dollars are wasted when these kickback schemes happen.

Due to the lawsuit, USWM has entered into a “Corporate Integrity Agreement” with the Department of Health and Human Services that requires the pharmaceutical company to implement measures from here on out that comfort with the law. These new measures will be reviewed by an independent organization who works to make sure USWM is in compliance going forward.

Medicare and Medicaid fraud, as well as kick-backs and other misconduct are rampant in the health care industry.  Has your company committed fraud against the federal government?  If so, consider speaking with an experienced FCA attorney today. Josh Borsellino is a Texas attorney that works with whistleblowers to file suit on behalf of the government. He offers free consultations and works on a contingency basis meaning that you owe him nothing unless you win. He can be reached at 817.908.9861 or 432.242.7118.