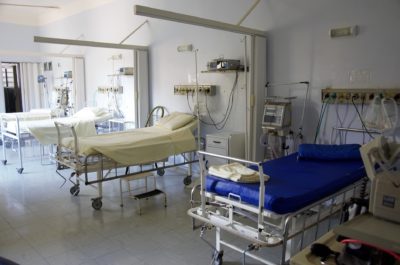 Hospital chain Intermountain Healthcare agreed to settle a False Claims Act (“FCA”) case, which alleged it sought reimbursement for unnecessary heart procedures. This result eliminates an opportunity for the Supreme Court to clarify how precisely FCA suits must describe alleged improper billing when it comes to doctors’ subjective medical decisions, as Intermountain dismissed its petition for certiorari before the U.S. Supreme Court. Based in Salt Lake City, Utah, Intermountain Healthcare originally asked the Supreme Court to review a Tenth Circuit Court of Appeals decision that reversed the district court’s holding and held instead that a doctor’s certification to the government that a procedure is reasonable and necessary is false under the FCA if the procedure was not indeed reasonable and necessary.

At the appellate level, the decision was controversial because, medical providers and their advocacy groups claimed, the allegations brought by the whistleblower against the two hospitals were allowed to proceed without the same particularity level sometimes required by the federal rules. It also meant that a physician’s determination of medical necessity could be seen as objectively false under the law, even without an established standard.

The Tenth Circuit Court of Appeals decision that the Supreme Court was left with to analyze was United States of America ex rel. v. St. Mark’s Hospital, No 17-4014 (10th Cir., 2018). The qui tam action was brought by Dr. Polukoff who alleged that his colleague, Dr. Sorensen, violated the FCA by fraudulently billing for reimbursements to Medicare. Dr. Polukoff alleged that “Dr. Sorensen performed thousands of unnecessary heart surgeries and received reimbursements through Medicare by fraudulently certifying that the surgeries were medically necessary.” Id. Dr. Polukoff further alleged the hospitals where Dr. Sorensen worked were also liable in that they were complicit in Dr. Sorensen’s actions and even profited from the fraud. At the district court level, the court granted the defendant’s motion to dismiss holding that a medical judgment cannot be false under the FCA; however, the Tenth Circuit Court of Appeals reversed.

Under the FCA, any individual or entity who knowingly submits or causes another to submit false claims to the government or knowingly makes a false record or statement to get a false claim paid by the government, is liable. 31 U.S.C. §3729(a)(1)(A) and (B). Under the Medicare Act, “no payment may be made . . . for any expenses incurred for items or services” that “are not reasonable and necessary for the diagnosis or treatment of illness or injury or to improve the functioning of a malformed body member.” 42 U.S.C. § 1395y(a)(1)(A). Physicians have to certify that the services they are providing are “reasonable and necessary.” Heckler v. Ringer, 466 U.S. 602, 617 (1984). 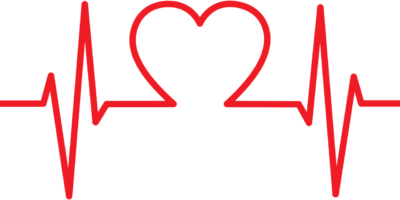 In determining whether a physician’s service was appropriate, courts look to whether the service given was in accordance with accepted standards of medical practice. In St. Mark’s Hospital, industry guidelines on particular heart closure procedures were enacted, but there were conflicting reports. United States of America ex rel. v. St. Mark’s Hospital, No 17-4014 (10th Cir., 2018). The amended complaint filed by Dr. Polukoff alleged that certain heart closures were not medically necessary; however, Dr. Sorensen’s billing records indicated that he had performed 861 heart closure procedures but in actuality, he only reported that he performed 37 procedures.

The District Court granted the defendants’ motions to dismiss because the plaintiff failed to plead the allegations with particularity. The district court concluded that “Dr. Polukoff must show that the defendants knowingly made objectively false representations to the government that caused the government to remit payment.” Id. Considering that the “opinions, medical judgments, and conclusions about which reasonable minds could differ cannot be false for the purposes of a FCA claim, Dr. Sorensen’s representations could not be false absent a regulation…” Id.

At the appellate level, the court disagreed with the district court. The FCA prohibits private parties from “knowingly” submitting “a false or fraudulent claim” for reimbursement. 31 U.S.C. § 3729(a)(1)(A). Unfortunately, “Congress did not define what makes a claim ‘false’ or ‘fraudulent,’” so the Supreme Court looks to common law. Escobar, 136 S. Ct. at 1999. “Factually false claims generally require a showing that the payee has submitted an incorrect description of goods or services provided or a request for reimbursement for goods or services never provided.” United States ex rel. Thomas v. Black & Veatch Special Projects Corp., 820 F.3d 1162, 1168 (10th Cir. 2016).

Dr. Polukoff did not allege that Dr. Sorensen submitted factually false requests for his heart closures, but rather, he claimed that the heart closure procedure did not comply with Medicare’s reasonable and necessary requirement, which meant that Dr. Sorensen submitted legally false requests for payment. United States of America ex rel. v. St. Mark’s Hospital, No 17-4014 (10th Cir., 2018). The Court of Appeals was very specific when it said that they did not create a bright-line rule that a medical judgment could never serve as the basis for a FCA claim. Specifically, a medical judgment could be false or fraudulent under the FCA for three reasons:

The Court of Appeals thus held that a doctor’s certification to the government that a procedure is reasonable and necessary is false under the FCA if the procedure was not indeed reasonable and necessary. Dr. Polukoff sufficiently alleged with particularity that Dr. Sorensen performed unnecessary heart closures on patients and then knowingly submitted false certifications to the government stating the the procedures were necessary, and then sought reimbursement for the procedures. This was sufficient evidence to overcome a motion to dismiss. Furthermore, the hospitals’ complacency in requesting reimbursements was amble evidence that the hospitals submitted false claims to the government for reimbursement. Dr. Polukoff’s claims under the FCA only needed to show the specifics of a fraudulent scheme and provide an adequate basis for a reasonable inference that false claims were submitted. Lemmon, 614 F.3d at 1172. Knowledge can be pled generally under Federal Rule 9(b), which is what Polukoff did, so his amended complaint satisfied the pleading requirements.

The importance of this case is to highlight how a False Claims Act must be pled when it involves a physician’s subjective medical determinations. While the ruling could expose physicians and their employers to more liability, it is effectively in line with the government’s objective to ensure that physicians are not making medical decisions for their own gain. Are you a hospital employee who is aware of fraud being committed against the government? Are you unsure of what to do next? If so, consider speaking with an experienced FCA attorney who will determine if you have a valid claim. Josh Borsellino is a Texas whistleblower attorney that works with you to learn your rights. He offers free consultations and be reached at 817.908.9861 or 432.242.7118.