A recent settlement reached by a major oil and gas marketer, its employee and the government proves that third parties who do not directly do business or interact with government agencies are still subjected to scrutiny under the False Claims Act (“FCA”).

Gas Marketer B. Charles Rogers Gas Ltd. (“BCR”) and its owners Billy Charles Rogers Jr. and Wynon Rogers of Fort Worth, Texas have agreed to pay a total of $4.375 million to resolve royalty fraud allegations under the FCA. BCR, which operated out of the the San Juan Basin area of New Mexico and Colorado, agreed to settle the allegations that they underpaid mineral royalty payments to the United States. An employee of BCR who worked as a gas supply manager, Thomas R. Lutner III of Katy, Texas, also agreed to pay $800,000 to resolve FCA allegations centered around his involvement in BCR’s alleged royalty fraud scheme. 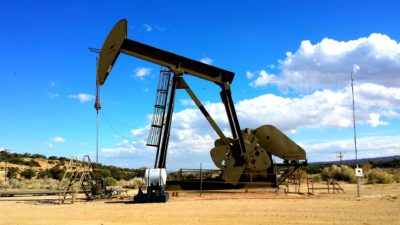 Under the FCA, “liability is imposed on any person who knowingly presents a false or fraudulent claim for payment or approval to an officer, employee, or agent of the united States.” 31 U.S.C.  § 3729(a)(1)(A). 31 U.S.C. § 3729(b)(2)(A)(i). Any person who “improperly avoids or decreases an obligation to pay or transit money or property to the Government,” like here, underreporting royalty payments that are rightfully owed to the government, can be found liable under the FCA. 31 U.S.C. 3729(a)(1)(G). “A relator, the individual who brings the fraudulent conduct forward, can initiate a FCA by bringing a civil qui tam action in the name of the government.” 31 U.S.C. 3730(b). When a relator brings suit, the FCA allows the relator to recover a certain percentage of the winnings, usually between 15% to 25% of the recovery won, if any. Id.

It was alleged that Mr. and Mrs. Rogers and Mr. Lutner gave producers false transaction statements concerning BCR’s gas purchases. These transaction statements underreported the value and volume of the natural gas liquids that BCR purchased. Based on BCR’s fraudulent statements and conduct, the producers, many who had federal gas leases, caused these producers to underpay royalties that were owed to the United States on gas removed from those leases. While BCR did not have direct contracts with the government, they caused the producers, who did have government contracts, to report incorrect statements to the government. BCR and its owners and employee have admitted and accepted responsibility for making or causing to be made false records that were material to producers’ obligations to pay royalties to the United States.

The significance of this case is to show that just because a company does not deal directly with the government, but rather, operates as a third party dealer, does not mean that the third party cannot be held liable for their actions under the FCA. Any party knowingly makes a false claim, or improperly avoids an obligation to pay money to the government, or that provides information used for these purposes, may be liable under the FCA.

Are you an employee who has knowledge of fraud being committed against the government? If so, consider speaking with an experienced FCA attorney to learn how you might report the fraud and possibly receive a percentage of any recovery. Josh Borsellino is a Texas whistleblower attorney that works with individuals to file their FCA case. He offers free consultations and works on a contingency basis meaning that you owe him nothing unless there is a recovery. Don’t wait any longer – call him today at 817.908.9861 or 432.242.7118.