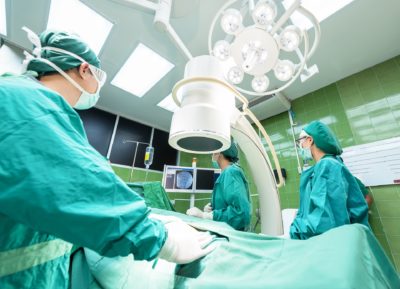 The hospital entities of Sanford Health, Sanford Medical Center and the Sanford Clinic (collectively, “Sanford”) in South Dakota have agreed to resolve False Claims Act (“FCA”) allegations by paying $20.25 million. Sanford allegedly submitted false claims to federal healthcare programs for medically unnecessary spinal surgeries. The Sanford entities also allegedly violated the Anti-Kickback Statute, which prohibits offering, paying, soliciting, or receiving remuneration to induce referrals of items or services covered by federal healthcare programs. The lawsuit styled United States ex rel. Bechtold, et al. v. Asfora, et al., No. 4:16-cv-04115-LLP (D.S.D.) was originally brought under the qui tam or whistleblower provisions of the FCA. Whistleblowers are entitled to bring lawsuits on behalf of the government and may receive a percentage of any recovery won. Here, the whistleblower will receive $3.4 million of the settlement proceeds for his efforts in bringing this case to the attention of the government.

The settlement reached by the Department of Justice and Sanford stated that the allegations stemmed from Sanford knowing that its top neurosurgeon was improperly receiving kickbacks from his use of implantable devices provided by his physician owned distributorship (“POD”). Sanford had received warnings of the potential kickbacks and was at least aware of the compliance risks with PODs. The neurosurgeon was also allegedly performing medically unnecessary procedures with the device for a financial gain. The DOJ said that Sanford ignored the complaints and continued to employ the neurosurgeon and allow him to profit from the devices and the surgery. As a result, the neurosurgeon allegedly continued to submit claims to the government for the surgeries.

In conduction with the civil settlement, Sanford entered into a Corporate Integrity Agreement (“CIA”), which requires that Sanford maintain a compliance program by implementing a risk assessment program. Sanford also had to hire an Independent Review Organization to review Medicare and Medicaid claims at Sanford.

Compliance with federal healthcare programs will always be an area the government will patrol. If you are an individual who has knowledge of false claims being submitted against the government, consider speaking with a FCA attorney to see if you have a viable claim. Josh Borsellino is a qui tam attorney that understands the rules surrounding the FCA. He offers free consultations and can be reached at 817.908.9861 or 432.242.7118.