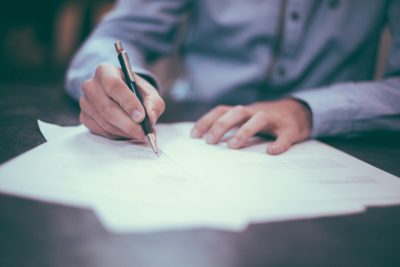 Under the FCA, a person who knowingly submits false claims or causes another to submit false claims to the government is liable for each false claim. The FCA allows private persons, known as whistleblowers, to file suit for violations of the FCA on behalf of the government under the provision known as a qui tam action and receive a percentage of the recovery. The qui tam complaint must be filed with the court under seal for an initial 60 days, giving the government time to investigate the allegations. The 60 day deadline can be extended and after an extension, if needed, the government then must notify the court whether it is proceeding with the action or declining to take over the action, in which case the whistleblower can proceed on his or her own. In this case, the settlement was brought under the whistleblower provision, which entitled the whistleblower to receive $3.6 million from the settlement.

To qualify as a small business, companies must meet certain eligibility criteria such as size, ownership, and operational control. The government alleged that Mr. Hillier caused ADS to falsely represent that it qualified as a small business, when it was not. According to the DOJ, due to these representations, the company was awarded numerous small business set-aside contracts, even though it was ineligible to receive such contracts. Fraudulently obtaining government contracts, which is what the DOJ accused ADS of doing, is a practice that would violate the False Claims Act.

The government also retained recoveries from other entities alleged in the scheme, making the recovery over $36 million. According to the DOJ, this is currently the largest FCA recovery based on allegations of small business contracting fraud.  The settlement resolves the allegations made by the Department of Justice, and the Court made no determination of liability in this case.  This article is based on a press release issued by the Department of Justice.  For more information, click here [link].

Are you an individual who has knowledge of fraud being committed against the government? If so, consider speaking with a FCA attorney to see if you have a viable whistleblower case. Josh Borsellino represents whistleblowers. He offers free consultations and can be reached at 817.908.9861 or 432.242.7118.