Under the False Claims Act (“FCA”), individuals are allowed to sue for fraud on behalf of the United States and share in the recovery, if any. The act gives the government the ability to intervene in the action where its participation is aimed at combating healthcare fraud and abuse. If the government decides not to intervene, the individual who brought the suit can proceed on his or her own.

Earlier this month, the Department of Justice intervened in two lawsuits against Mallinckrodt ARD LLC, formerly known as Mallinckrodt ARD Inc. and previously Questcor Pharmaceuticals Inc., in the U.S. District Court for the Eastern District of Pennsylvania under FCA allegations. The lawsuits are captioned United States of America ex rel. Strunck et al. v. Mallinckrodt ARD, Inc., No. 12-CV-0175 (E.D. Pa.), and United States of America ex rel. Clark v. Questor Pharmaceuticals, Inc., No. 13-CV-1776 (E.D. Pa.). The government alleges that from 2010 through 2014, Mallinckrodt and Questcor used a foundation as a conduit to pay kickbacks in connection with its drug, H.P. Acthar Gel. 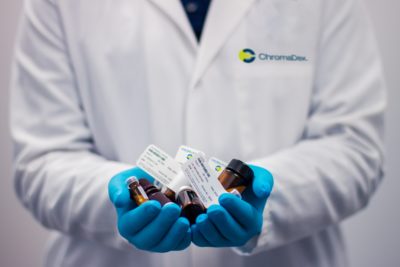 Medicare patients who receive a prescription for a drug covered under Medicare may be required to make a partial payment, which includes a copayment, coinsurance, or deductible.  Under the Federal Anti-kickback statute, a pharmaceutical company is prohibited from offering or paying, directly or indirectly, any remuneration, including money or anything of value, to induce Medicare patients to purchase the company’s drugs. This extends to the payment of patients’ copay obligations.

In the complaint, the government alleges that Mallinckrodt used a foundation as a conduit to pay illegal kickbacks in the form of copays for Acthar. This essentially marketed the drug as “free” to doctors and patients while simultaneously increasing the drug price. By the end of 2014, Mallinckrodt had raised its price of the drug from $50 to over $32,200 per 5 milliliter vial. Mallinckrodt paid the remunerations through three funds Mallinckrodt set up as a foundation to Acthar Medicare copays. Mallinckrodt then routed patients with Acthar prescriptions to these funds. Mallinckrodt made repeated payments as the sole “donor” to the funds, which subsidized Acthar Medicare copays as the drug sales expanded. The government further alleges that Mallinckrodt paid the copays to induce Medicare-reimbursed purchases of Acthar and used the copays to counteract doctor and patient concerns about the drug’s high cost and to market the drug as “free.”

Companies that use charitable patient assistance funds to do things they cannot do on their own, like pay patients’ copays to circumvent the protections and increase profits, is one of the core issues HHS and the DOJ seeks to actively combat. If you have knowledge of fraud being committed against the government, speak with an experienced FCA attorney today. Josh Borsellino is a licensed attorney that works with whistleblowers to combat fraud. He works on a contingency basis so you owe him nothing unless there is a recovery. Call him today to see if you have a viable FCA claim – 817.908.9861 or 432.242.7118.