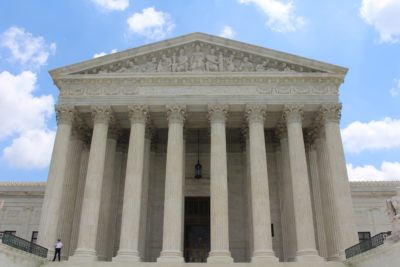 When a current or former employee wants to file suit against their employer for fraudulent activity, what is the applicable time period in which to do so? Earlier this week, the U.S. Supreme Court ruled in Cochise Consultancy Inc. v. United States, ex rel. Hunt, No. 18-315 (U.S. May 13, 2019) that the “government knowledge” statute of limitations in False Claims Act (“FCA”) cases applies whether or not the government is directly involved in the litigation, effectively extending the maximum time whistleblowers have to file FCA claims from six to ten years.

In Cochise, Billy Joe Hunt had spent time in prison for his involvement in a fraudulent subcontracting scheme. Id. Mr. Hunt, who was an employee of Parsons Corporation, had filed an action against Parsons and Cochise Consultancy Inc. alleging that the corporations had violated the FCA. Id. Parsons and Cochise argued that the statute of limitations barred Mr. Hunt’s claims, as the statute requires that any alleged violation must be brought within six years of the violation, or three years “after the date when facts material to the right of action are known or reasonably should have been known by the official of the United States with responsibility to act on the circumstances.” 31 U.S.C. §3731(b)(2). The District Court had originally granted the contractors’ motion to dismiss, but the Eleventh Circuit reversed and remanded the case, holding that when Mr. Hunt learned of the fraud is immaterial for statute of limitations purposes, and thus the period begins to run when government officials learned of the facts giving rise to the claim.

The contract project involved the Department of Defense granting The Parsons Corporation a contract to remove munitions in Iraq, with Parsons being required to ensure the safety of its workers during this cleanup. Cochise Consultancy Inc. v. United States, ex rel. Hunt, No. 18-315 (U.S. May 13, 2019). The subcontract was given to ArmorGroup of Engineers who contracted with Wayne Shaw, who, in turn, was bribed by Cochise Consultancy Inc. to get Parsons to give the subcontract to Cochise, which it did. Id. Accordingly, the government paid Cochise $1 million more than it would have paid ArmorGroup if they were awarded the contract. Once Shaw had left Iraq and successfully orchestrated the fraudulent award for the subcontract to Cochise, Parsons immediately reopened the subcontract and gave it to ArmorGroup. Id.

A little less than three years before bringing his complaint, Mr. Hurt was interviewed by the FBI, where he told agents about the fraudulent subcontracting scheme. Id. After his release, he filed a qui tam action alleging that Parsons and Cochise violated the FCA by submitted false payment claims for providing security services in Iraq.

A relator-initiated, non-intervened suit arises under §3730(b) and has as an element of a violation of §3729. Cochise points out that in considering the statutory context, the Supreme Court discussed a similar phrase contained in §3731(c) (now §3731(d)), which stated: “In any action brought under section 3730, the United States shall be required to prove all essential elements of the cause of action, including damages, by a preponderance of the evidence.” The Supreme Court explained that §3731(c) “used the similarly unqualified phrase ‘action brought under section 3730’ to refer only to §§3730(a) and (b) actions.” Cochise Consultancy Inc. v. United States, ex rel. Hunt, No. 18-315, 417-18 (U.S. May 13, 2019).

Cochise contended that the Supreme Court should adopt a similar construction of the phrase “civil action under section 3730” in §3731(b), but the Supreme Court was unpersuaded. If the Government discovered the fraud on the day it occurred, it would have 6 years to bring suit, but if a relator instead discovered the fraud on the day it occurred and the Government does not discover it, the relator could have as many as 10 years to bring suit. That discrepancy arises because §3731(b)(2) begins its limitations period on the date that “the official of the United States charged with responsibility to act” obtained knowledge of the relevant facts. But the Supreme Court saw nothing unusual about extending the limitations period when the Government official did not know and should not reasonably have known the relevant facts, given that the Government is the party harmed by the false claim and would receive the bulk of any recovery. See §3730(d).

Consequently, a private relator is not an official of the United States so 3731(b)(2)’s 3-year limitations period would not start when the realtor knew or should have known about the fraud. More fundamentally, private relators are not “charged with responsibility to act” in the sense contemplated by §3731(b), as they are not required to investigate or prosecute a FCA action. Cochise Consultancy Inc. v. United States, ex rel. Hunt, No. 18-315, 417-18 (U.S. May 13, 2019). As such, the judgment of the Court of Appeals was affirmed.

The importance of this case was to highlight how qui tam realtors now have an extended period of time to bring FCA lawsuits. While this ruling is good news for whistleblowers with knowledge of potential fraud against the government, no-one  should wait to speak with an attorney about their claims.  The old legal expression that cases don’t get better with age is true – memories fade, evidence is lost or destroyed, witnesses leave their jobs and can be difficult to track down, and such issues can make proving a False Claims Act case much more difficult.  Do you have knowledge of fraudulent activity being committed and want to pursue legal action? If so, consider speaking with an experienced FCA lawyer today. Josh Borsellino is a Texas attorney that fights with whistleblowers to file suit alleging FCA issues. He works on a contingency basis meaning that you owe him nothing unless there is a recovery. He can be reached at 817.908.9861 or 432.242.7118.