Pharmacy Diabetic Care Rx LLC, also known as Patient Care America (“PCA”), its CEO and former VP, and Private Equity firm, Riordan, Lewis & Haden, Inc., (“RLH”) have settled False Claims Act (“FCA”) allegations. The lawsuit, captioned United States ex rel. Medrano and Lopez v. Diabetic Care Rx LLC, d/b/a Patient Care America, et al., No. 15-CV-62617 (S.D. Fla. Mar. 5, 2019), alleged that collectively, the parties were involved in a kickback scheme, which generated referrals of prescriptions for expensive pain and scar creams, and vitamins regardless of the patient’s need. This was then reimbursed by TRICARE, which is a federal healthcare program for military members and their families. The settlement reaches a collective $21.36 million from all the entities involved. 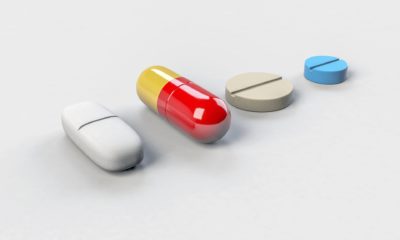 The settlement resolves allegations that PCA allegedly paid kickbacks to outside marketers that targeted military members and their families for prescriptions of certain creams and vitamins. These prescriptions formulated reimbursements at the highest rate possible allowed under TRICARE. The marketers allegedly paid the telemedicine doctors who prescribed the medications without actually ever seeing the patient. PCA and a marketer also routinely paid the copayments owned by patients referred by the marketer without ever verifying the patients’ financial needs. The payments were allegedly disguised as coming from a sham charitable organization. PCA continued to claim the reimbursements for the prescriptions despite the fact that there were complaints from the patients that the prescriptions for the medications were generated without patient consent. The private equity firm that managed the PCA allegedly knew of the plan to pay outside marketers to generate the presumptions and ultimately agreed to the plan. As a result, RLH allegedly financed the kickback payments to the marketers.

The complexities of this matter could not have been accomplished without the whistleblowers involved. Under the FCA, private individuals who have knowledge of fraud being committed against the government are allowed to sue on behalf of the government and seek a percentage of the recovery, if any. Here, under the qui tam or whistleblower provisions of the FCA, two former employees of PCA filed sued, and the federal government intervened.

Are you an employee who has knowledge about your current or former company committing fraud against the federal government? If so, consider speaking with a FCA attorney to see if you have a viable whistleblower claim. Josh Borsellino is an attorney that understands the rules and regulations covering the FCA and the qui tam provisions. He offers free consultations so call him today. 817.908.9861 or 432.242.7118.