A Kansas federal district court recently conditionally certified an overtime case brought by engineers working at Amazon.  When there is one employee who has been wrongfully denied overtime without proper pay, there are usually more employees who have also experienced the same thing. When a worker is denied overtime pay, he or she can file suit as a collective action, where courts examine factors to determine if other similarly situated workers should be allowed to join the suit.

The Fair Labor Standards Act (“FLSA”) provides that an employee may bring a collective action on behalf of all others who are similarly situated. 29 U.S.C. § 216(b). When employees file suit to recover their unpaid overtime under the FLSA, the lawsuit does not become a collective action unless the court certifies the case.  The court will make a conditional determination to determine whether a collective action should be certified for purposes of sending notice of the action to potential class members. Under the FLSA, the court has the power to ensure that the notice to be sent to all potential plaintiffs is fair and accurate. The court requires nothing more than substantial allegations that the putative class members were together the victims of a single decision, policy, or plan. Thiessen, 267 F.3d at 1102.  The standard for certification at this notice stage is a lenient one that typically results in class certification. Brown v. Money Tree Mortg., Inc., 222 F.R.D. 676, 679 (D. Kan. Aug. 23, 2004). 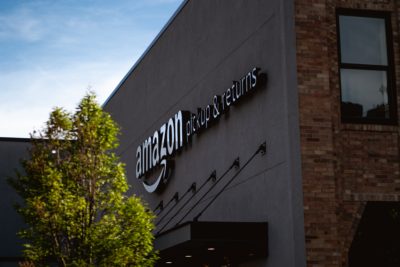 In Christeson v. Amazon.com.KSDC, LLC, No. 18-2043-KHV (D. KS, May 16, 2019), a plaintiff filed a FLSA collective action on behalf of himself and all other similarly situated employees who regularly worked more than 40 hours per week and did not receive overtime pay. The plaintiff was a IT Support Engineer for Amazon who was told by the defendant that the maximum number of hours he could record for each week was either 40 hours, 49 hours or 55 hours regardless if the job actually took him longer than expected. The plaintiff asserted that on more than one occasion, the supervisors required the IT Support Engineers to adjust their timesheets to reflect only the maximum number of hours the defendant allowed them to record. When the defendant hired more engineers in the same position as the plaintiff, the allegation that the defendant engaged in a pattern or practice of not paying overtime was sufficient for the court to find that the plaintiffs were all victims of a single decision, policy or plan by the defendant. Thiessen v. GE Capital Corp., 267 F.3d 1095, 1105 (10th Cir. 2001).

This case shows that if there are similarly situated individuals who all have been victims of the same overtime pay denial, courts will likely find that conditional certification is proper.  Have you and other former or current workers been denied overtime pay and want to recover your rightful wages? Consider speaking with an experienced overtime attorney today to learn your rights of whether you can bring your lawsuit as a collective action. Josh Borsellino is a Texas overtime attorney that fights for the rights of workers. He offers free consultations and can be reached at 817.908.9861 or 432.2427118.