Medicare provider to pay over $5 million to resolve FCA allegations

Beaver Medical Group L.P. (“Beaver”) and its physician, Dr. Sherif Khalil, have agreed to pay over $5 million to resolve alleged False Claims Act (“FCA”) allegations. According to the Department of Justice, the defendants reported invalid diagnoses to Medicare Advantage plans, which caused those plans to receive inflated payments from Medicare. The lawsuit was brought under the qui tam provisions of the FCA, which allows private individuals to sue on behalf of the government. If there is a recovery for such lawsuit, the whistleblower is entitled to receive a percentage of the overall recovery. Dr. David Nutter, a former employee of Beaver, brought the suit and will receive approximately $850,000 for his efforts in pursing this matter.

Under the Medicare Part C program, Medicare beneficiaries may opt-in to obtain health coverage through private insurance plans that are owned and operated by private insurers, also known as Medicare Advantage Organizations (“MAOs”). MAOs often contract with physician groups or other healthcare providers to provide care to patients who enroll in their plans. These providers then report diagnoses to the MAOs, who in turn, submit to Medicare in order to obtain higher risk-adjusted payments. Medicare, in turn, pays MAOs a fixed, monthly amount that covers the health care coverage to the Medicare beneficiaries who enroll in those plans. Medicare adjusts the monthly payments to reflect the health status of each beneficiary, which shows that Medicare pays MAOs more for sicker patients and less for healthier patients. 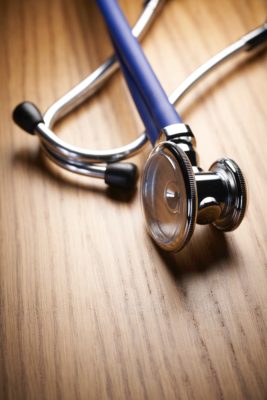 Fraud against the federal government is a serious issue that requires the information and assistance of whistleblowers. If you have knowledge of fraud being committed against the federal government, consider speaking with an experienced FCA attorney today. Josh Borsellino is a Texas attorney who understands the rules and regulations of the qui tam statute. He works on a contingency fee basis so you do not owe him anything unless there is a recovery. Call him today to see if you have a viable FCA claim. 817.908.9861 or 432.242.7118.