A former patient of Cenikor Foundation has filed a class action lawsuit in federal court in Houston against the company, alleging that its work program violates federal minimum wage and overtime laws as well as Texas common law and a federal human trafficking statute.  Cenikor is a tax-exempt organization that holds itself out as a drug rehabilitation program.  However, its patients are required to work long hours while receiving no pay.  The long workweeks that Cenikor’s patients are required to endure leave little if any time for them to undergo counseling.  Cenikor’s patients are duped into believing that they will receive meaningful treatment and rehabilitation, only to realize that they are being used as a cheap and expendable labor pool for Cenikor and the private companies that pay Cenikor. 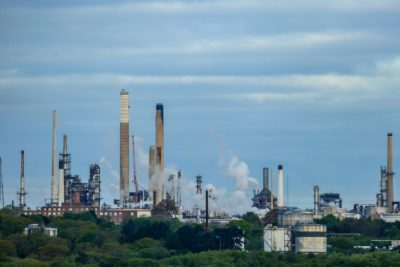 The lawsuit alleges violations of the Fair Labor Standards Act.  It asserts that the patients are required by law to be paid the prevailing minimum wage for each hour worked, as well as overtime pay for every hour worked above forty in a week.  The lawsuit also alleges that Cenikor is liable under the Texas common law claim of quantum meruit/unjust enrichment as well as the Trafficking Victims Protection Act of 2000.

According to the lawsuit, Cenikor’s patients are often required to work 60-80 hours per week if not more.  The lead plaintiff was sent to work at Thermoserve, a dinnerware manufacturer in Dallas.  Thermoserve had at least four Cenikor patients who worked at least 40 hours per week at its Dallas facility.  He and others were told that they were expected to work more than 40 hours when Thermoserve got busy, and they sometimes did – sometimes working 10 hour shifts five or six days per week.  Thermoserve paid Cenikor an unknown hourly rate for each hour that each Cenikor patient worked at its facility.  Cenikor did not remit any of this money (or any money at all) to these workers.  The lead plaintiff quit the program because he was being exposed to what he believed were dangerous chemicals at Thermoserve and because he was not being paid for the long hours he was required to work.  Other class members have been required to work at oil refineries, chemical plants and other dangerous or hazardous locations, including cleaning flooded homes of black mold and raw sewage.  Cenikor provides those in its program with no job or safety training, and, not surprisingly, on-the-job injuries are rampant.

The work of Plaintiff and the Class Members conferred a direct economic benefit to Cenikor – in 2017 and 2018, the company made more than $7 million from its work programs each year.  According to a report from Reveal News (available at https://www.revealnews.org/article/they-worked-in-sweltering-heat-for-exxon-shell-and-walmart-they-didnt-get-paid-a-dime/), “[i]nternal financial ledgers from the program’s Baton Rouge facility show that in 2016 and 2017, Cenikor’s job contracts regularly delivered more than twice as much money as its daily operating expenses.”  And while Cenikor’s program participants are supposed to “graduate” in 18 months, fewer than 8 percent of them complete the program, according to Cenikor’s own figures.

The lawsuit is still at an early stage, and Cenikor has not yet filed an answer or otherwise responded.  The allegations in the lawsuit remain unproven, and the Court has not yet entered any ruling in favor of, or against, Cenikor.

If you work or in the past three years participated in Cenikor’s work program, you may have a claim for minimum wages and/or unpaid overtime.  If you believe you may be owed overtime, you should consider speaking with an experienced overtime attorney as soon as possible to learn about and protect your legal rights.

To see a copy of the Cenikor lawsuit, click here: Cenikor_Lawsuit